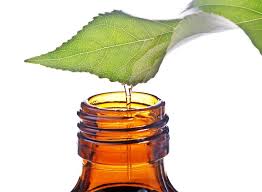 Formula 315 is a unique blend of pure essentials designed to boost the immune system.

About Formula 315: Initially Formula 315 was formulated to address pain, it did so effectively. My mother was involved in a very bad accident which left her with several herniated disc in her back. She unsuccessfully underwent two painful back surgeries after which she could hardly walk without extreme pain. Within a year she developed arthritis in her back and in her left hand. During this time I was looking everywhere for something, anything to help her. One day I accompanied a friend to an incense shop in the Village. While browsing through the shop I found a book about Aromatherapy. I stood there and read the introduction page and I immediately needed to know more. I was hooked! I spent weeks reading this book over and over again. The next step was to find a source for these essential oils, and to my surprise one of the largest manufacturers and distributors in the world was in the same town in which I lived it was practically in my backyard. I called them and placed a order. When I arrived to pick up the order I was shocked at the price tag. Essential oils are “EXPENSIVE”. I paid and took the little box to my Candle Shop and started to work. I finished my first formula in about an hour. To my surprise my mother came over just to get out of the house. I rub some oil on her back and ran out to get her something to drink at the store next door. When I returned she was standing straight and a smile on her face, she said “my pain is gone”. After 2 applications her mobility improved almost overnight. Her back pain went from a 10 to a 3 and the arthritis pain went to “Zero”.  She then became the biggest advocate of the formula and named it Formula 315 which is my birth date. Several months later she had a blood test and it revealed a significant increase in her red and white blood cell count. The increase made us surmise that the immune enhancing properties of the essential oils were responsible. My mother told everybody about her experience and those that knew her before believed every word. It was truly a miracle.

It wasn’t long after a friend of hers asked of we have ever used the oils for HIV/AIDs individuals. We said no but was willing to try. We did, and my mother developed an application method. After a month with two treatments per week our Full Blown Aids client reported a significant increase energy, appetite and according to their blood test a increase in T-cells along with B-cells.  Shortly after, we received a grant from the Ryan White Foundation and a three month study was done with a major medical institution in NJ. The study was to prove or disprove the immune enhancing properties of Essential Oils. The study proved that Essential Oil Therapy aka “Phytotherapy” increased T-cell count 30% in HIV positive people and 30%-40% in AIDS individuals.   This study was done in the 1990’s and some of those individuals still use Formula 315 and they tell me each and every time I speak with then. “Formula 315 saved my life.”

Coronavirus disease 2019 (COVID-19) is a respiratory illness that can spread from person to person. There are many types of coronaviruses, including some that commonly cause mild upper-respiratory tract illnesses.

COVID-19 is a new disease, not previously been seen in humans.

Because Covid-19 is a respiratory illness, essential oils could prove useful because of their aromatic properties. Inhalation using steam & essential oils especially essential oils with anti-viral, anti-bacterial, and expectorant properties aids in the breathing process Applying specific essential oils or essential oil formulas all over the body will also help to boosts the immune system the same way it did in our HIV study.

THE ONE THAT DID:

One of my good friend's husband came down with Covid-19. My friend is a true believer in the power and healing properties of essential oils. When her husband became sick, she also developed a few symptoms but was better within a week. Her husband on the other hand didn't dispute the effectiveness of essentials, but, he really never used them. When he became sick and couldn't get a doctors appointment or medication, she started pouring Formula 315 all over him 3-4 times daily. When she called me for more she reported that he was in bad shape. His fever was high, he had difficulty breathing and was not eating. She was frightened, I could hear it in her voice. I sent the package over-night along with a Vicks steam inhalation unit.. She knew exactly what to do (she was train by my mother), she also didn't allow him to lay on his back. Day and night for 2 days she rubbed oils over him and he inhaled probably as much as she rub on him. Day three she reported he was breathing better and was wanting food. Everything was uphill from there.

I truly believe in doctors. I believe in their ability to diagnose, treat and cure. I also know that there are diseases, parasites and microbial predators out there can drop us like a sack of potatoes and the medical professionals are helpless against these forces of nature. I also believe that health issues can and should be fought on many levels to achieve a desirable outcome. if nature herself caused it, just maybe nature can play a part in the fix.....Just Maybe. Essential Oils? They are part of the maybe.